The Saints Were People Too

Sinners can be saints, and saints are sinners. Sometimes we forget that the saints were people just like us. They had the same weaknesses and temptations we have today, but conquered all of them for God. Despite the lack of superhuman powers, these spiritual titans often receive superior abilities from God to carry out his plan on earth through the church. Getting to know some of them gives us models of holiness we can follow to Heaven. 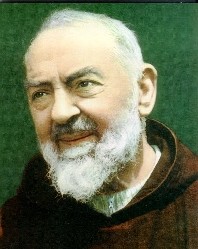 St. Padre Pio was known to have received the gift of bi-location, could be seen in two places at once. The powerful intercession of the saints has changed the church and the world. Saints like Teresa of Avila and Joseph of Cupertino could pray so deeply they levitated, could defy gravity. These are extreme examples. Most saints were people like us, simple, humble, down to earth, focused on doing the will of God.

St. Thomas Becket enjoyed the riches and power that came with being a close friend of King Henry II of England. All he had to do to keep his position was support the king’s efforts to dismantle the Church’s power. Instead, Thomas gave it up to protect his Church. He died at the king’s hands. Through the witness of the saints, God works miracles to show his power and his influence in the world 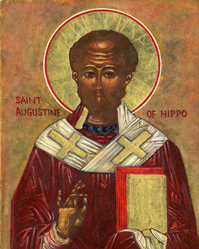 St. Augustine of Hippo, born in the little town of Tagaste, Africa, drove his mother crazy. A devout Christian, St. Monica shed many tears over her son’s partying, paganism, and lack of respect for holiness. She prayed for him for years and never lost faith in God’s power to work miracles. Slowly, Augustine changed, was baptized, and became one of the great saints of the Church. St. Monica is an example for all mothers who want their children to achieve Heaven.

We in the church revere—we do not worship—the saints because like them, we are human. Their failings, their challenges, and their successes in the faith make them saintly, and they are flesh and blood like us. To remind us of our humanity, God gives us limitations, challenges in our lives that, with the help of his grace, we can overcome and use to witness his power and his love to the entire world.

Source: The Catholic Diocese of Richmond

About the Author: Admin